Another Seneca Cliff: The "Mouse Utopia" 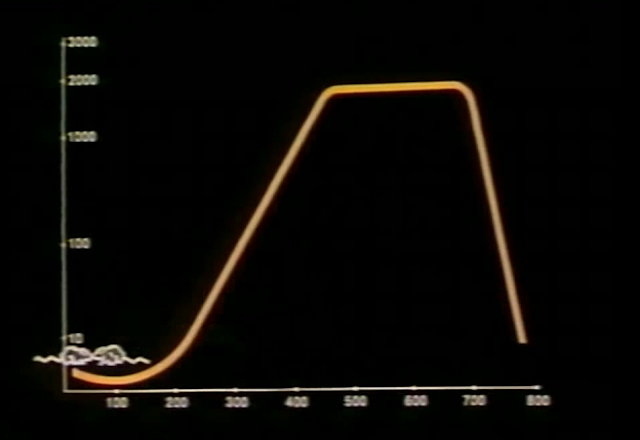 Image courtesy of Hans Pelleboer. This is a screenshot from Dr. Calhoun's `Mouse Utopia' experiment from the 1960s Abscissa; time in days, Ordinate: Log N population.

In Calhoun experiment, rats were confined in a finite physical space, but they were always provided with sufficient food. The result was a growing population density that eventually led to disaster. Here is how Calhoun describes his results (Calhoun, John B. (1962). "Population density and social pathology". Scientific American. 206 (3): 139–148.)


Many [female rats] were unable to carry pregnancy to full term or to survive delivery of their litters if they did. An even greater number, after successfully giving birth, fell short in their maternal functions. Among the males the behavior disturbances ranged from sexual deviation to cannibalism and from frenetic overactivity to a pathological withdrawal from which individuals would emerge to eat, drink and move about only when other members of the community were asleep. The social organization of the animals showed equal disruption. [...]

The common source of these disturbances became most dramatically apparent in the populations of our first series of three experiments, in which we observed the development of what we called a behavioral sink. The animals would crowd together in greatest number in one of the four interconnecting pens in which the colony was maintained. As many as 60 of the 80 rats in each experimental population would assemble in one pen during periods of feeding. Individual rats would rarely eat except in the company of other rats. As a result extreme population densities developed in the pen adopted for eating, leaving the others with sparse populations.

[...] In the experiments in which the behavioral sink developed, infant mortality ran as high as 96 percent among the most disoriented groups in the population.